A random walk to nowhere 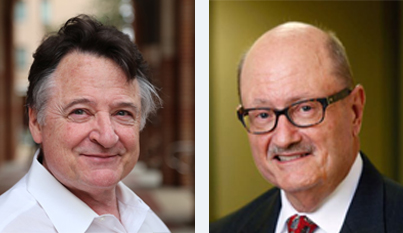 The textbook, “A Random Walk to Nowhere: How the Professors Caused a Real ‘Fraud-on-the-Market,’” written by Edward E. Williams and John A. Dobelman of the Department of Statistics and the Jesse H. Jones Graduate School of Business at Rice University was published this spring by World Scientific Publishing.

Written for the general public and professionals in the business, finance and legal industries, the textbook identifies the intellectual influence of one of the most discussed topics in financial economics -- efficient market hypothesis (EMH). The theory, which states that share prices reflect all available information and that it is impossible to consistently outperform the market, was originally developed in the 1960s by economist and 2013 Nobel laureate Eugene Fama, amongst others.

“The purpose of the book is not to judge between market certainty and risk, but to assess the history of the academic development and adherence to the theory,” explains Dobelman, a professor in the practice of statistics at Rice. “This book is about intellectual fraud and how circumstances involving the use of misinformation, withholding of information, or hidden affiliations in academic and business firms, have influenced stock prices, economic policy and legal doctrine.”

Dobelman says this can be traced back to the introduction of EMH into American law through the Fraud on the Market Doctrine. “Since then, the role of EMH and the dependence on its extensive use has raised several problems to U.S. courts, including the U.S. Supreme Court, in attempts to safeguard investors from fraud and manipulation.”

Throughout the 10 chapters, the authors explain how EMH started as an honest attempt to improve insights into how financial markets work. But eventually, the intellectual practice became almost a religion that every financial economist had to buy into, or risk professional crucifixion. Williams and Dobelman detail how this theory dominated research in the academic financial community from the outset.

“There are several historical cases in which market efficiency has failed. For example, two U.S. Supreme Court cases involving class-action suits against Halliburton, the Enron debacle, and evidence for above-average profit-making opportunities such as in the existence of market bubbles and crashes,” said Dobelman, who co-taught courses in statistics and investments and co-authored three books with Williams prior to Williams’ passing in 2018.

“It has been a great honor to be associated with Professor Williams for over four decades. He is missed by many.”

Williams, formerly the Henry Gardiner Symonds Professor of Management, retired from Rice in 2014 after 36 years of service. In addition to his notoriety as one of the nation’s preeminent professors in entrepreneurship, he was the driving force behind the beginnings of Rice's Business Plan Competition, which has evolved into the largest business plan competition in the world.

Dobelman joined Rice in 1981 as a research engineer in the Space Physics and Astronomy Department. After earning his doctorate in statistics in 2004, with Professors James Thompson, Kathy Ensor and Edward Williams serving as his advisers, he began teaching courses in statistical methods, and computational finance and economic systems. He is director of the Professional Master Program in Statistics and is associate director of the Center for Computational Finance and Economic Systems (CoFES).