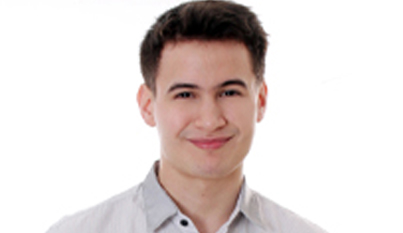 Each of the $45,000 fellowship enhancements is paid in monthly installments over four years. Fellows are selected annually by the Ken Kennedy Institute through department nominations during the graduate admission process with the goal of attracting outstanding graduate students to Rice in the fields of high-performance computing, computational science and engineering, and data science.

Palacio is the fourth statistics doctoral student to receive the honor since the institute began offering four-year fellowships in 2015. The fellowships, which are announced at the institute’s annual Energy High Performance Computing Conference, are possible through the support of industry partners, nominating departments, and the Ken Kennedy Institute. Since 2001, more than $1.4 million has been awarded to 163 graduate students from departments in Rice’s George R. Brown School of Engineering and Wiess School of Natural Sciences.

While at UTRGV, he was involved in an independent research project with the organization La Union del Pueblo Entero (LUPE) to identify the problems caused by floods and stormwater in the Rio Grande Valley. Under Associate Professors Tamer Oraby and Erwin Suazo’s direction, he was also involved in three research projects using Fisher, Burgers and Schrödinger equations with variable coefficients, all of which resulted in peer-reviewed journal publications with Palacio serving as co-author.

As a first-year doctoral student at Rice, Palacio has more than a year to select his adviser and determine the focus of his graduate studies. But he knows he is very interested in data science and stochastic partial differential equations.