The art of mastering chance 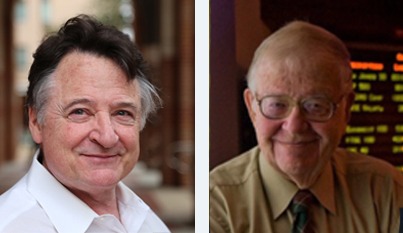 The ability to turn data into knowledge has always been central to the field of statistics.

John Dobelman, a professor in the practice of statistics at Rice University, draws from his experiences in industry and academia to develop pedagogical instruction that teaches students to use finance, applied mathematics, and computational knowledge to unravel complex problems.

“Some math problems are so complicated that there is no single ‘best’ solution. There may be multiple solutions that require students to weigh the costs and benefits, or there may be a proposed explanation that can be captured from oceans of data,” said Dobelman.

Since 2008, Dobelman has taught numerous undergraduate and graduate courses in probability and advanced statistical methods, stochastic processes and simulation, and quantitative and computational finance. He is also an associate director of the Center for Computational Finance and Economic Systems (CoFES) and director of the Professional Master's Program in Statistics.

While at Rice, Dobelman spent much of his career in academia working with the late James R. Thompson and Edward E. Williams exploring solutions to complex problems based on relationships between one or more random variables. The approach, called nonparametric statistics, involved decades-long technical projects to quantitatively analyze real-world topics.

“Thompson expanded on the assumptions of the capital asset pricing model and several approaches in exploratory data analysis that involved looking at data from different angles,” said Dobelman who has disseminated Thompson’s teaching theories and empirical modeling techniques.

Dobelman says Thompson was a pioneer in “transforming finance and statistical process control to a science. His simulation-based data analysis challenged the efficient market hypothesis and the Black-Scholes-Merton option pricing formula, making him an early critic of the hypothesis in financial economics.”

Last spring a new textbook by Dobelman and Williams titled, “A Random Walk to Nowhere: How the Professors Caused a Real ‘Fraud-on-the-Market’” elaborated on these views.

“The purpose of the book was not to judge between market certainty and risk, but to assess the history of the academic development and adherence to the efficient market hypothesis,” explained Dobelman. “The book is about intellectual fraud and how circumstances involving the use of misinformation, withholding of information, or hidden affiliations in academic and business firms, have influenced stock prices, economic policy, and legal doctrine.”

After earning his doctorate in statistics in 2004 from Rice, Dobelman worked with Thompson, Williams, and statistics professor Katherine Ensor to advance quantitative finance research and education at Rice. Dobelman also co-authored two additional books with Williams in quantitative financial analytics and investment.

“As technology has improved our ability to rigorously handle massive amounts of data, a major focus of our efforts had been to build data science programs based on key issues and the use of modern statistics to seek facts to the right questions,” said Dobelman.

Since its founding in 2002, CoFES has collaborated with departments at Rice University’s George R. Brown School of Engineering, School of Social Sciences, and the Jones School of Business to offer interdisciplinary training programs and courses. This includes open events, such as the Eubank Conference on Real World Markets. The 9th Eubank Conference, which will be held virtually on April 26, 2021, will feature guest lectures from leaders in Sports Analytics and Gaming Risk Management.

CoFES also offers many specialization courses and research opportunities in financial technology, such as blockchain, cryptocurrencies and machine learning. A new course in Optimization Methods in Finance is also being offered as part of the Master of Industrial Engineering program in the school of engineering.